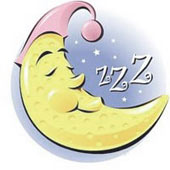 The peaceful Brahms Lullaby melody is probably one of the top 10 most well-known tunes in the entire world, right up there alongside Beethoven's 5th Symphony.

The lyrics have been changed again and again over the years, but the soothing, cozy melody is instantly recognizable.

The original song was published in 1868, right before Brahms premiered his German Requiem and became famous all over Europe.

Here's a translation of Brahms lullaby lyrics into English...

Good evening, good night,
With roses adorned,
With carnations covered,
Slip under the covers.
Early tomorrow, God willing,
You will wake once again.


The first verse comes from an important collection of German folk poems, Des Knaben Wunderhorn (The Youth's Magic Horn) from Heidelberg. It was published in 1808, sixty years before Brahms wrote the Lullaby

Forty years after, in 1849, Georg Sherer wrote the second verse to go with the first. Brahms later put these two verses to the same music. It was a gift for the newly born Hans, the child of his friends Bertha and Artur Faber.

Brahms had fallen briefly in love with Bertha, a choir girl, years earlier. The Lullaby's melody is actually based on an expressive little Viennese song she used to sing to him. Bertha was the first to perform the song, and it definitely had special connotations for her.

The music is a big contrast to his massive orchestral pieces, like the Academic Festival Overture or the German Requiem. It's very tender, and reminds me of a small baby in a cradle innocently looking out at its mother.

Click to listen to and explore the Academic Festival Overture

I think it shows us Brahms as he was deep down: a kind-hearted, generous old softy.

I'll leave you with a beautiful interpretation of the original Brahms Lullaby...