Claude Debussy was an innovator, whose dreamlike music broke all the rules. Here's a biography of this fascinating man...

Debussy was one of the first impressionist composers. His lavish, dream-like music was inspired by nature, other arts, and the orient.

Debussey's unique ideas began a new era in music, and his work is now some of the most well-known and loved in the world. 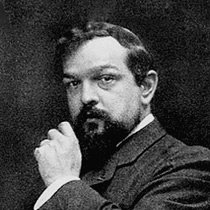 A talented piano player, he won a place in the Paris Conservatory when he was 10 years old.

His father was enthusiastic about making young Claude a concert pianist. But Debussy, as he would be later in life, preferred to be independent.

Before starting to play compulsory pieces for his teachers, he would improvise strange-sounding chords and patterns to set the mood. Typically rebellious!

He lived in Russia for a while, teaching the children of Nadezhda von Meck (Peter Tchaikovsy's patroness). Here he got exposed to Russian composers' oriental-inspired music.

Click to learn about the great Russian composer Tchaikovsky

Later he won the Prix du Rome, which got him a ticket to live in Rome for a few years.

There he met Franz Liszt, whose piano playing inspired the budding French composer. Debussy performed an arrangement of one of Liszt's tone poems on the piano, but the old piano master feel asleep halfway through!

Claude Debussy was miserable in Rome, and desperately wanted to go back to Paris. He submitted his first compositions to the Conservatory as soon as he returned.

The professors told him off because his pieces were unusual, and even called one of his pieces bizarre! I can see what they mean, but they could have been more understanding.

Claude Debussy published loads of small pieces, but his major success came when he released his opera Pelleas et Melisande in 1902.

The music sounded very modern and refined, so Debussy thought that it would only have a few performances for high society.

Even though the critics were confused by the strange harmonies and unimpressed by its gentle orchestration, the opera was a hit. It cemented Debussy's reputation. He moved into a luxurious apartment in the center of Paris, where he stayed the rest of his life.

Claude Debussy loved collecting oriental artifacts and knickknacks. His house was full of them, although he was also extremely neat and ordered.

Apparently he used to love a particular Chinese figure, a big wooden toad (!), which he always had in his sight and even took traveling with him. I think this love of luxurious and exotic items is reflected in his music.

He felt a need to escape from the world. He wrote in a letter that "I live in a world of memory and regret". In my opinion, writing his strange and beautiful music was a type of escapism for him.

Claude Debussy died in 1918 of cancer, while bombs ripped through Paris right before the end of the First World War.

Mood and atmosphere were much more important to him than intellectual musical structures.

He was deeply influenced by an exhibition of exotic Indonesian instruments at the Paris World Fair in 1889. He spent hours absorbing the floating, mysterious music, which he said had "infinite arabesques".

Other influences include the way Bach focused on continuous lines instead of melodies, Frederic Chopin's elegant and quiet piano pieces, and Japanese nature prints, which presented a stylized vision of nature.

He was also fascinated by color in music, and tried to create it and experiment with it from early on.

His music has a highly dreamy quality. I get evocations of a kind of sleepy golden color when I hear it. He used the whole tone scale a lot, which is a special series of notes with rich connotations:

As he got older, his music became more radical. He bent harmony further and further, and his music took on an extremely floaty and disconnected character. 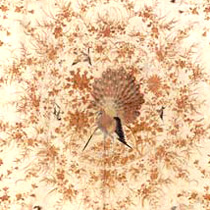 This charming suite has one of the composer's most well-loved pieces, the beautiful Clair de Lune (Moonlight). Even these early pieces have a highly characteristic sound.

It's said that the modernist flute melody which opens the piece breathed new life into music as an art. I agree!

Debussy was transfixed by the sea, and found it so hypnotizing that he couldn't work near it. He actually wrote all of La Mer far away from any ocean! It became one of his most popular pieces.

I like the first one (Pagodes), which was inspired by the Indonesian instruments Debussy saw at the Paris World Fair in 1889.

Debussy wrote it for his beloved daughter. The last piece, Golliwog's Cake-walk, is especially well-known.


For a quick blast of all that's good about Debussy, have a look at this Best of Debussy CD on Naxos... 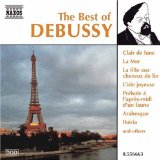 Here are videos featuring some of Claude Debussy's popular music...

Debussy La Mer, the composer's astonishing 3 part musical painting of the sea and its various moods.