Tchaikovsky music ranges from the happily energetic to the breathtakingly tragic. Let's look at this world-famous composer's style and most popular pieces...

For example, the Nutcracker Suite brings back strong associations of childhood Christmases for me whenever I hear it.

Tchaikovsky music is very easy to listen to. The composer wanted to express himself by writing music that was clear and simple to understand when you first hear it.

I think this is part of the reason that he's popular with a very wide audience. After all, how easy is it to enjoy music your ear can't figure out?

Peter Tchaikovsky was trained in the St Petersburg Conservatory, where the students were taught much more of a western style of music theory and composition. Most of the other famous Russian composers of the time were trained in Moscow, however.

Because of this difference in training Tchaikovsky composed in a relatively "western" style. So Tchaikovsky music has a Russian character and Russian melodies, but at a musical standard high enough for Western European audiences. The best of both worlds!

Tchaikovksy was proud of his professionalism in composing (the quality of his work). He wanted to make a name for himself, to have as many people hear his music as possible.

Historians think that Tchaikovsky was actually the first truly professional Russian composer! I think this combination of professional quality and ambition is why Tchaikovsky music is well-known even today.

The composer wasn't opposed to creating pieces just to please the public or aristocratic patrons. His 1812 Overture is a good example of a piece he composed just because he was commissioned to, without really having any artistic passion for it. 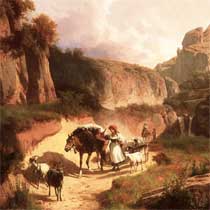 Tchaikovsky had 74 works published in his lifetime and 6 after he died. Here's a list of his most famous and interesting pieces...

The piece is very showy (it has cannons in it towards the end), but Tchaikovsky himself didn't like it. He said to his patroness that it was "very loud and noisy, but [without] artistic merit, because I wrote it without warmth and without love".


Want a quick intro to Tchaikovsky's greatest, most popular music? Check out at Naxos's Best of Tchaikovsky... 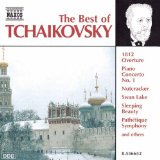